My sister gave me a t-shirt a couple of years ago that says, “You can never have too many guitars.”  That’s a saying that’s familiar to guitarists and so with that in mind, I introduce my latest addition:  A Martin Dreadnought Junior (DJr-10E). 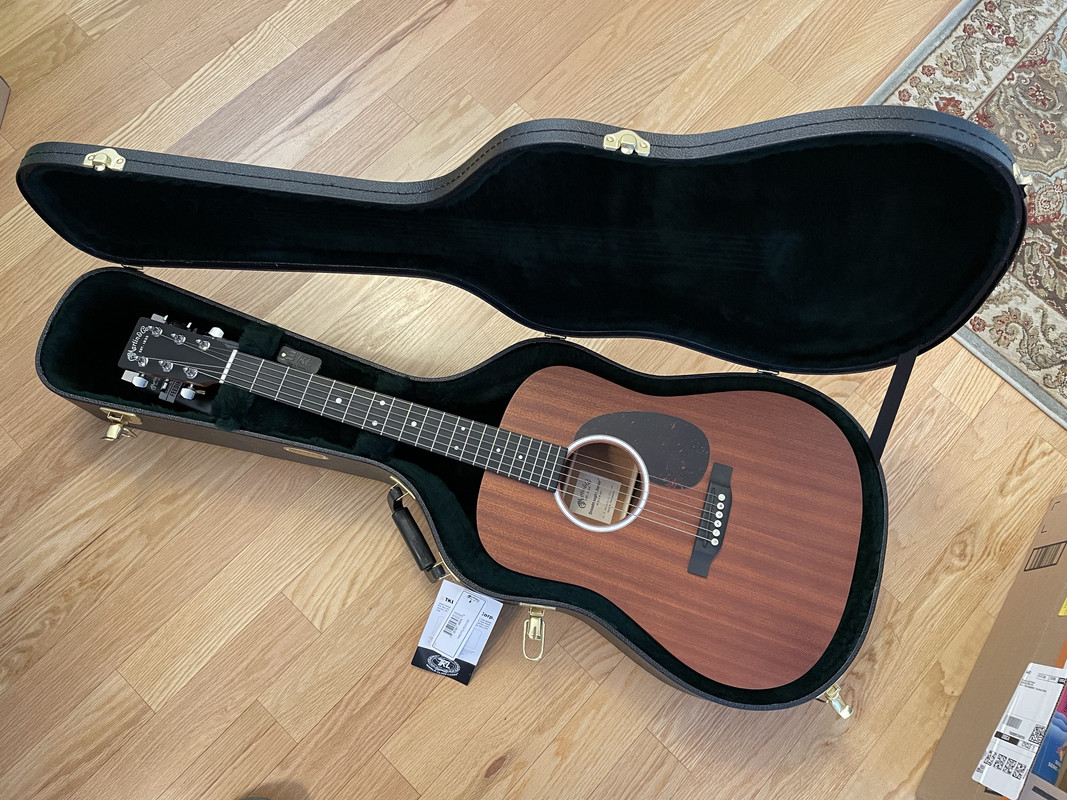 I need another guitar like I need another hole in my head, but I love guitars, and when someone told me they preferred their Martin “Junior” to their Taylor GS Mini, I had to check it out for myself.  Currently, my GS Mini-e Koa is my favorite acoustic guitar. 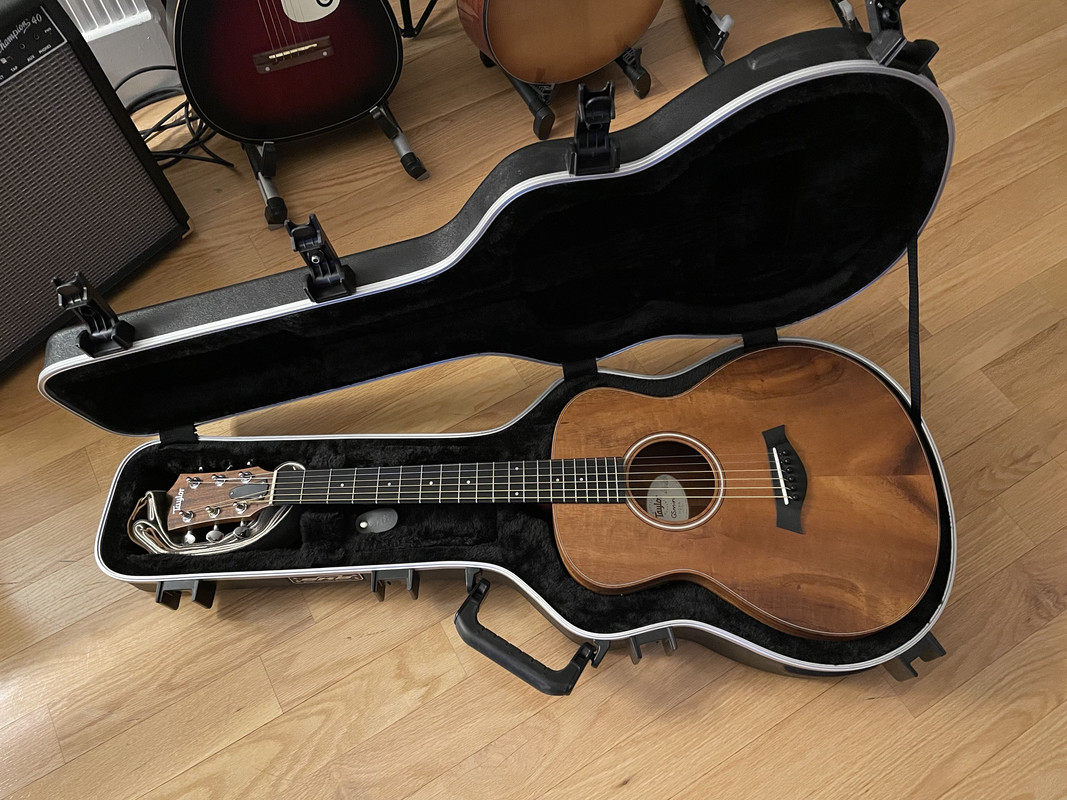 (No, those aren’t the same photo — I’ve taken to keeping them in cases due to the seasonal drop in humidity; it’s easier to keep them properly humidified this way).

Actually, I started out researching the “Streetmaster” version of the “Junior,” and now I’m not quite sure why.  I have a Streetmaster version of a Martin OMC-15ME (shown on the previous post, so I won’t post another image).  In the back of my mind, I think I figured I could use the guitar as a “beater” and not care if it got scuffed or dinged.  But as I checked the specs (Martin makes three versions:  one in Sitka Spruce, one in Sapele, and the Streetmaster, which is also Sapele).  I couldn’t really determine why the Streetmaster model sells for $100 more!

My research found me at the web site of Maury’s Music in Coaldale, Pennsylvania.  Maury’s is a Certified Martin dealer, and is located about 40 miles from Martin’s headquarters in Nazareth, PA. 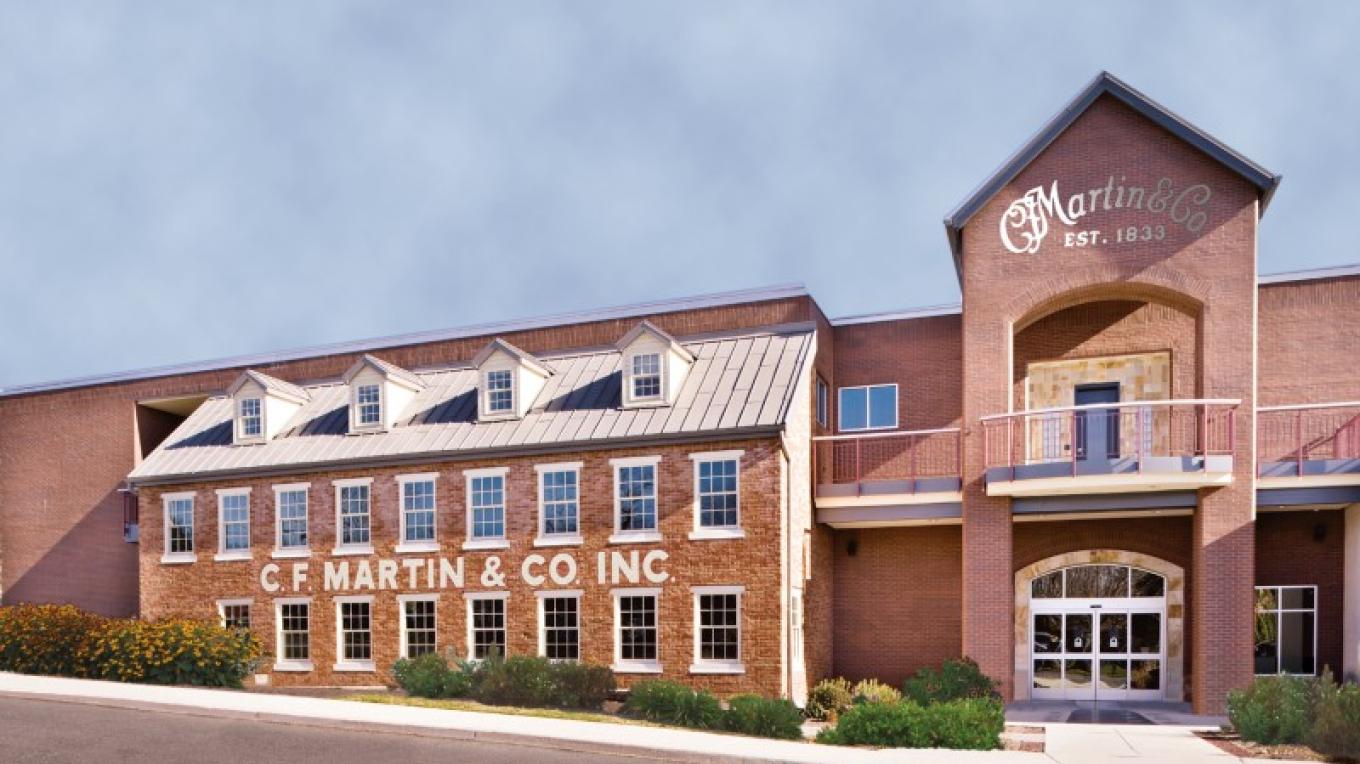 Apparently, Maury and his only employee (Maury, his wife Lori and one employee — Andrew are the only employees) drive to Nazareth and carry guitars directly back to their shop!

I spoke with Maury via email and asked him the tonal difference between the Sapele (sapele is a wood very much like mahogany) model and the Streetmaster and he indicated there was no difference.  So, not seeing any reason to pay an additional $!00, I started considering the Sapele.

Further discussions and reading on Maury’s site suggested that the sound of the guitar could be enhanced by upgrading the saddle and the bridge pins (the saddle is a bar of material over which the guitar strings are placed, which raises the strings up and allows a straight line to the nut.  Bridge pins hold the strings in place in the guitar body).  Heck, I figured if I was going to order a brand new guitar, I might as well get it right!  So I had the stock saddle replaced with buffalo bone, and bone with abalone inserts for the bridge pins.  Bone makes the guitar sound brighter than manmade materials, I learned.

So now I have two smaller guitars that have excellent sound and playability.  I have learned that smaller, shorter guitars work better for me, as I have small, thin hands, and overall I don’t feel like I’m “hunkering over” the instrument as I play.

I have a slightly guilty feeling about purchasing this guitar, because I have a custom guitar being made, and it is supposedly near being finished.

But you can’t have too many guitars, can you?